Lemn Sissay MBE on his stolen childhood, a fight for the truth and forgiveness 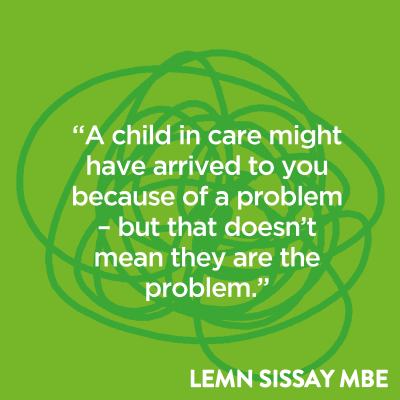 In this bonus episode I talk to the poet, playwright and broadcaster Lemn Sissay, MBE. Lemn was born in the late 60s to an unmarried Ethiopian woman who was forced to hand him over to social services. Renamed Norman by a social worker of the same name he was fostered by a deeply religious Lancashire family. His mother’s efforts to get him back were ignored and he remained with the same family until the age of 12 when, inexplicably, they handed him back into the care system. Lemn then spent the next eight years being moved around homes, including one that was more like a prison, where he suffered mental and physical abuse and, as a result, a breakdown. Despite all this, his talent for poetry blossomed and by 18 he was on his way to finding himself and his birth mother. At times disturbing but ultimately uplifting, this is a conversation about the power and resilience of human spirit. Lemn, whose brilliant memoir ‘My Name Is Why’ which I urge you to read, is now a passionate campaigner on behalf of children in care. His charity Christmas Dinners each year delivers a festive party for hundreds of care leavers across Britain.

1.  Music: It’s a strange thing – it can hook onto a time, a place and an emotion at the same time.  It can really lift me emotionally out of crisis, into a smile and deep contemplation.  I love to listen to Swan of Lake by Sibelius.

2. Walking: Crisis makes us find good answers to living and then when we don’t have a crisis, we don’t use them!  Everything changes in the countryside, nothing stays the same so there’s always new stuff to experience, whereas when you’re in a crisis everything is stuck.

3. Meditation: Again, it’s something that we should all use in our everyday lives. Some people pray but meditation is so important. I use the Calm and Headspace apps.

Five minutes in the company of Lemn Sissay will, I guarantee, leave you energised. To have spent more than an hour chatting with the life force that is Lemn was, therefore, a total privilege. What a man. And what a story.  A crisis that began in the days after his birth, when his mother was forced – coerced in fact – to hand him over to Wigan Social Services, and that continued deep into Lemn’s adulthood. At times listening to his crisis story – his crisis saga – I was left speechless. By the sheer heartlessness of the system and the foster family who let him down so tragically. But more by Lemn’s refusal to give in to what would be a totally justified, totally understandable bitterness. As he says: “I had to forgive my foster family, because I had to release myself from the bondage of anger and hatred and bitterness and loss.” Lemn Sissay is a true one-off – a man whose talent for poetry and storytelling should have been smothered, snuffed out by his circumstances. Instead, it survived and thrived to move and motivate so many people across the world. Lemn is in many ways the embodiment of an idea we’ve talked about before on this podcast …. that from crisis often comes something good, powerful and valuable. Enjoy this episode and, if you’re able, please make a donation to Lemn’s brilliant Christmas Dinners charity.