Mark Sedwill on handling the COVID crisis, a gun in the face and the power of pizza 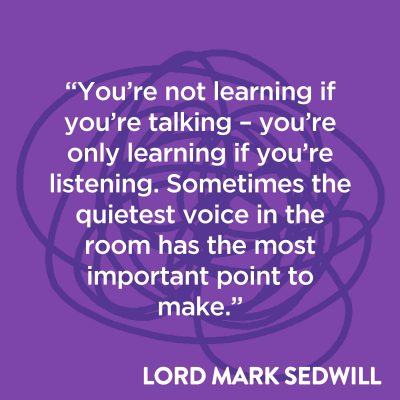 My guest for this episode is someone who can not only talk about what it is to personally face down a life-threatening crisis, but who has worked at the epicentre of multiple crises that have affected us all.

Mark, (now Lord) Sedwill, was Cabinet Secretary from 2018 until last year.  He was Britain’s most senior civil servant and, to quote from the musical Hamilton, ‘He is the man who was in the room where it happened.’  He has worked at the right hand of two Prime Ministers as they navigated crises including Brexit, the Salisbury poisonings and of course the ongoing Covid19 pandemic.  But these were not the first intense dramas in our guest’s life of public service.  In previous jobs he’s been threatened at gunpoint by Saddam Hussein’s henchmen and whilst serving as deputy high commissioner in Pakistan, he had a bomb planted under his seat.

Mark Sedwill is the embodiment of that calm, unflappable public servant that is uniquely British and characteristically understated.

1 . Pizza would be the first.  One of the things you have to do is keep people going.  Often in a crisis it’s the simplicity of a pizza.  I like a Diavalo myself!

2. Listening – Remember you have two ears and one mouth and there’s a reason for that.  Listening actively.  Encourage the quieter voices and don’t jump to conclusions.  You often need to go slower in order to go faster.

This podcast was an absolute masterclass in crisis management.  Although the stage Mark, Lord Sedwill has operated on is national, at times even global – the lessons still apply I think for anyone trying to navigate a proper problem.

Mark, of course, is a man who found himself dealing with two of the biggest government crises of modern times – Brexit and most recently the pandemic.  But it was his previous roles across government, the military, UN and the Intelligence Service, (not that he would reveal a thing about that, naturally!) that provided the muscle memory for him to step up when those big tests came in at number 10.

His approach in essence was powerful in its simplicity.  In crisis, you need to communicate more, not less – because communication is at the core of crisis management.  You need to make sure everyone understands their job, including you – don’t try and play every position on the pitch.  It’s important to understand that staying calm is contagious because how you behave and the words you use, will impact how others behave.  And remember – when you’re talking or shouting, you’re not learning and sometimes the quietest person in the room has the most telling point to make.

Mark was also clear that in crisis you must leave room for error and that includes your own.  His admission that his analytical approach can sometimes mean he lacks empathy was revealing.  As Mark says, ‘you won’t get everything right, but when those mistakes happen – recognise them, make sure that you’ve absorbed them, then move on.’

This is an episode packed with useful takeaways from a man whose career has been dedicated to public service at the sharp end.