Sir Kim Darroch on Trump, leaks and the art of the resignation 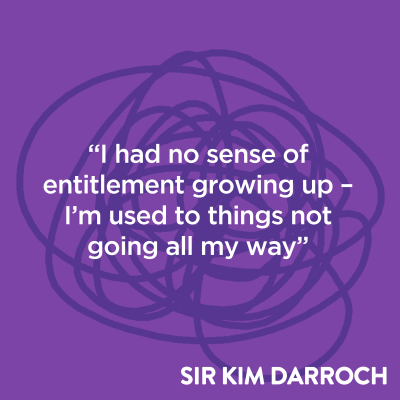 Sir Kim Darroch is the US Ambassador who, after his unflattering views of President Trump were leaked, found himself persona non grata in the White House. In this episode Sir Kim gives a full and detailed account of the crisis that led to his shock resignation last summer.  And he explains how he managed and coped with the high-profile political scandal that brought an end to his 42-year diplomatic career. With just days to go to the US election, Sir Kim, whose memoir Collateral Damage is now available, also shares his unique and waspish insights on the President and his Democrat rival Joe Biden. And he predicts who he believes will win the most important political contest on the planet.

1. A half-hour walk: “Just get away from it, leave your phone at home and ground yourself in a different reality.”

2. The fiction trilogy Three Body Problem: “I love to read and this is a stunning work which conjures up images that just transfix you.”

3. Five Easy Pieces: “I’m a movie buff and this Jack Nicholson film is my favourite film of all time.”

Collateral Damage: Britain, America and Europe in the Age of Trump: https://www.harpercollins.co.uk/products/collateral-damage-britain-america-and-europe-in-the-age-of-trump-kim-darroch?variant=32551380779086

Sir Kim Darroch’s admission that he still feels ‘bursts of anger’ gave a glimpse of the impact his resignation as US Ambassador has had on him. His concern, that an otherwise stellar diplomatic career would be defined by the events of last summer, is real and raw 15months on. As a resigning recidivist myself, I found Kim’s detailed account of the thought process that led to the decision to quit, fascinating.  As we discussed, resignations are lonely decisions that, in the end, are values based. That Kim’s only regret (anger of the leaks aside) is that he didn’t quit sooner, speaks volumes about his integrity. In terms of precedent and practicalities, his stepping down was, of course, inevitable. How can a US Ambassador do his job, unwelcome in the Washington corridors of power?  But I couldn’t help but wonder how amusing it would have been for the PM to keep Kim in place, if only to get even further up President Trump’s nose.