Guy Hands on fortune, failure and the fear of the ‘Under Toad’ 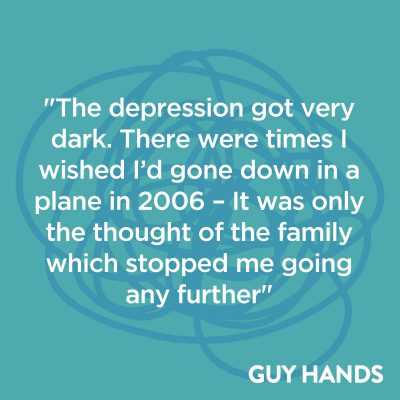 In this first episode of our fifth series I talk to Guy Hands – a man who Tom Wolfe would have described as ‘A Master of the Universe’.  A private equity titan who through his skill and sheer force of personality has been one of the most successful dealmakers of the last three decades.

Not every deal has gone well though – some in fact have gone spectacularly wrong. Most famously his acquisition of EMI was a multi-million-pound failure which still stings.  Guy talks with candid honesty about those professional crises and peels back the lid on the secretive world of private equity.

But what’s truly remarkable about this episode is not the riches gained or lost. It’s the personal challenges that Guy faced before the success and indeed since, that really makes this a crisis story worth listening to.

Challenges like his severe dyslexia – Guy still has a reading age of 13 and the spelling level of a seven-year-old, dyspraxia, chronic OCD and a number of other crippling conditions.

Guy’s life under its successful veneer has often been one of significant struggle which at times has taken him to the darkest of places in terms of his mental health. A battle against what he describes (quoting from the World According To Garp) as The Under Toad – the constant fear of being dragged down to disaster.

A reminder that whoever you think someone is – however perfect and successful a life they appear to be leading – the reality will almost certainly be something very, very different.

1. Gardens – being able to smell the garden. If it’s raining a bit softly – even better.

2. Yoga – I find it very, very useful.  Partly the stretching which I really enjoy. Partly a little bit of physical exercise, but not too much. And partly just to clear my mind to think.

3. Listening to music – The one that gets me up when I’m really down is Mama’s & Papas – Dedicated To The One I Love. It has that wonderful line about the darkest time being just before dawn. I can play that line over and over again.