Connie Yates on the fight to save her son Charlie Gard, losing control, and the power of hope 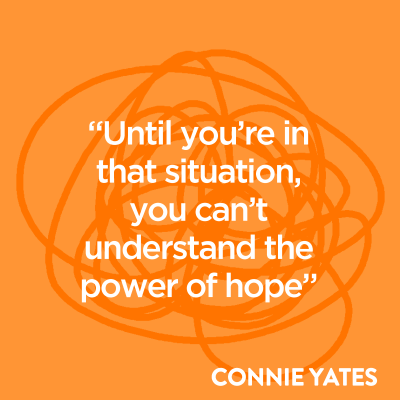 In this final episode of series two I talk to Connie Yates, mother of Charlie Gard who in 2017 was at the centre of a crisis and debate that stretched from the High Court in London, to the Vatican, the White House and into homes across the world. That debate raised issues of medical ethics and the fundamental rights of parents. But for Connie and partner Chris it brought only pain. For the question being asked was the most heart rending imaginable – should their son be kept alive to receive treatment that might extend his life?

This is ultimately the story of a mother and father’s unbelievable determination in the face of systemic resistance. From Charlie’s diagnosis to a final court case to decide where he would die, Connie charts the full shocking detail of their fight against Britain’s medical and legal establishment.

This is, of course, ultimately a story that ends in heartbreak.  But it’s also a story of hope and of a mother’s fight for control against a tide of unrelenting crisis.

An episode full of lessons and perspective for anyone facing their own challenges.

This was our longest episode so far – and for good reason. Connie Yates and her husband Chris are remarkable people.  They faced the unimaginable – a devastating diagnosis for their first born.  But what singles them out is their determination to fight against the consensus view every step of the way – each step a crisis in its own right. To get their sick son to Great Ormond Street, to refuse to accept that his condition was untreatable, to raise over £1m to fund the treatment in the US and to fight in every court in the land to get him that treatment.  And then, when time ran out, to fight in the courts a final time so that Charlie might die at home and in peace. Connie’s background as a carer for disabled children (her Mum remarkably did the same job) clearly gave her a certain perspective. But in the end, it was an inner determination – a stubbornness – that drove Connie to fight against the medical and legal systems.  Her greatest frustration came when the courts intervened to stop Charlie from being transferred from one hospital that wanted to end his life to another that wanted to save it.  “I had no idea the courts could do that,” she says.

Most of us, thankfully, will not live the heart-breaking crisis that Connie and Chris Yates faced. But in their story there are lessons, I think, for anyone dealing with a crisis. First the power of hope – the fuel for any long running campaign. But also the power and importance of control.  Quite often we talk in this podcast about the need to work out what you have control over and what you don’t. No-one would have criticised Connie if she surrendered to the system much earlier in her story. But she did not … instead taking each defeat as a challenge to find another way forward.

As Connie says: “It’s not that I wanted the control, I just wanted the best for my baby.”